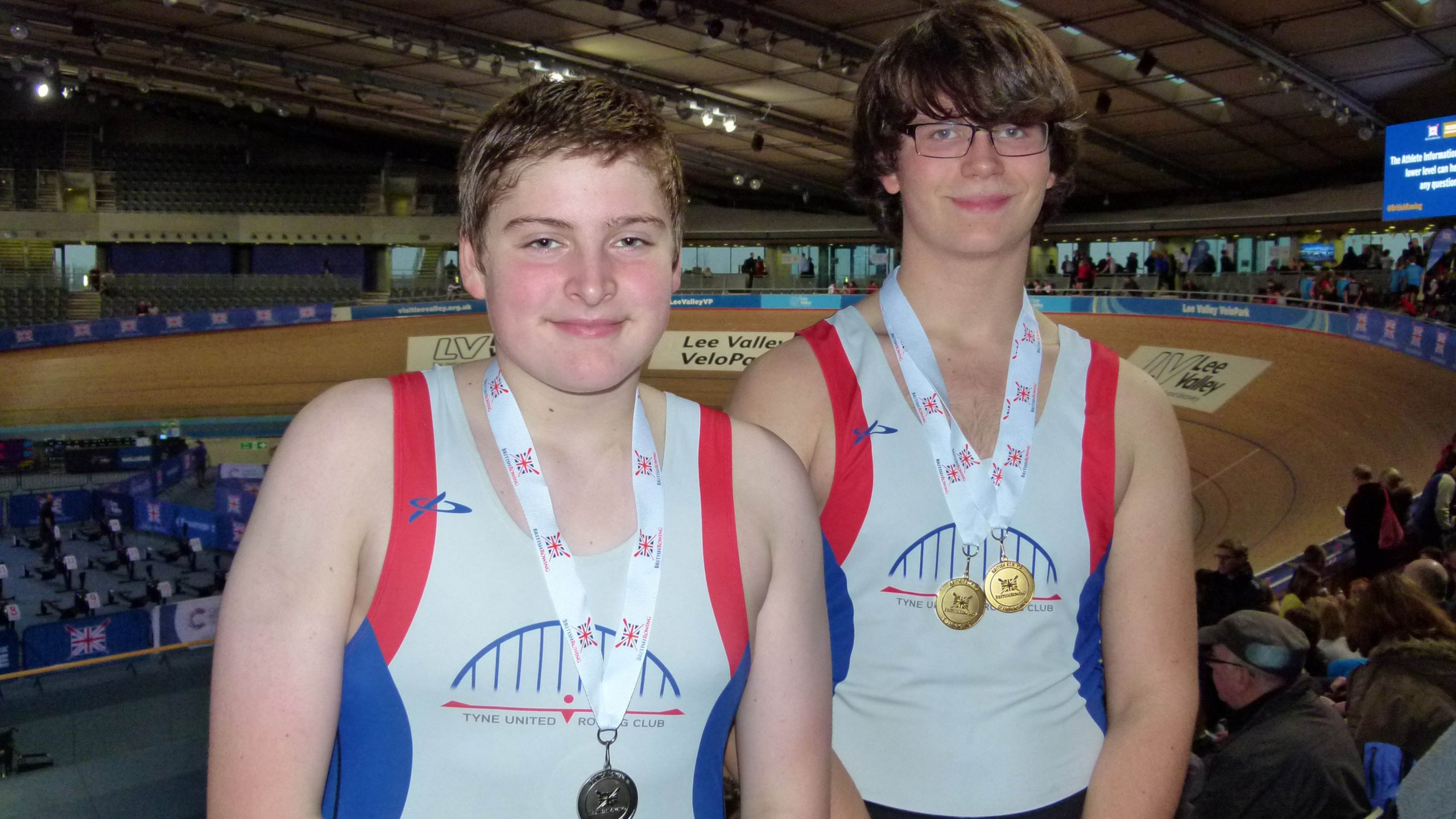 This weekend saw TURC juniors competing in the Northumberland Indoor Rowing Championships and also at BRIC (British Rowing Indoor Championships) winning a record number of medals in both competitions and Michael breaking a World record for the 500m (13 to 14 years) and Jamie breaking the previous British record for 500m under 12.

On Friday 6 juniors entered the Northumberland Indoor Rowing Championships. Between them they won 3 golds and one bronze and 5 out of 6 qualified for the NE Regional Finals.

The club won more medals in the junior individual races than any other club (5 medals).

Harry Anderson of QEHS won the Year 11 – 6 minute event so another champion from the North East. Well done to Harry (I have sent a message to Geoff at QE).

The event was open to anyone in the world (e.g. juniors from a club from Greece won 3 medals and a competitor from South Africa won a silver medal). Competitors come from rowing clubs, cross-fit clubs etc. as well as individual entries.

TURC juniors now have approximately 12 British ergo records and Michael has 2 world records (note – some records still to be confirmed but correct according to the latest information on the website).

Thank you to parents for providing talented and keen juniors. Well done and thanks to all juniors for entering into the spirit of competing to see what they can achieve. Such fantastic results at a major event like BRIC is very good. Thanks also to the coaches and parent helpers who have all contributed towards helping the juniors improve their skills and level of fitness.

Most of the junior squad are new to rowing this year so the current results are very promising.