Dan is the man 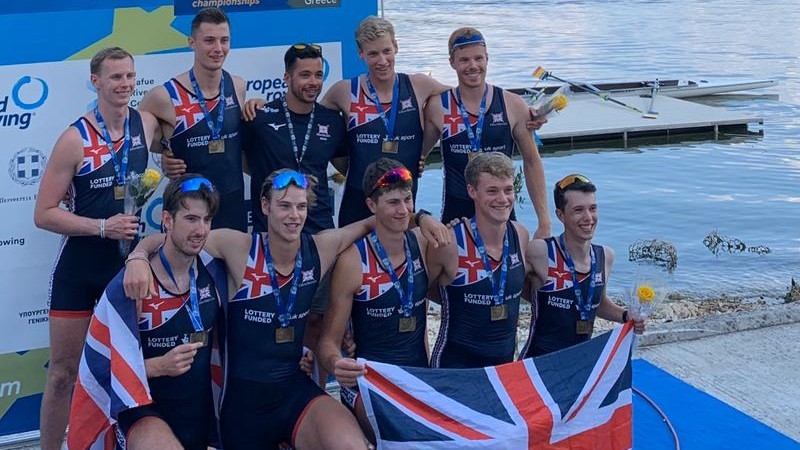 Where are they now?

The first person we catch up with in this new series of Tyne United Alumni is Dan Graham.

Hi, my name’s Dan Graham and I started rowing at TURC before going to Newcastle University where I have got medals at BUCS Regatta and twice made the weekend at Henley Royal. Last year I represented GB at the U23 European Championships in Greece, coming third in the men’s 8+.

Q What was your connection with TURC?

A I started rowing at TURC after going down to the club following indoor rowing competitions for my school where I had done quite well. Before rowing I had played tennis a lot but struggled with injuries and thought I would give rowing a go!

Q What is your best memory of your time at TURC

A The training for, and competing at the National Championships as a J17 with Ciro, the coach.

Q What is your proudest rowing moment

A Managing to make the Saturday of Henley in 2018, where we ended up losing to Oxford Brookes. It was my first year at university and also at Henley, so making the weekend with such a great group of people was an awesome experience.

A This is a tough choice and probably impossible for me to choose. Henley is always a special event but for my favourite venue it’s probably split between Ionnina, in Greece, or Lake Bled in Slovenia. That being said, a sunrise row on the Potomac in Washington DC was a surreal experience.

Q How many bits of kit have lost?

A Too many to count!!! Thankfully I’ve managed to hold onto my treasured TURC kit though.

Q Who is your favourite sporting hero?

A From the past I would need to say Muhammad Ali for his general impact, but an athlete today would be Eliud Kipchoge, who ran the sub 2 hour marathon. I find his work ethic and philosophy remarkable.

Q What is your favourite book about sport

A King of the world by David Remnick about Muhammad Ali, but Boys in the Boat would be a close second.

A I am a bit of a history nut so I’ve been watching the Last Kingdom on Netflix. It is about Vikings in Britain and is generally just an entertaining watch.

Q Your favourite music to fire you up before a race

A If I’m trying to get fired up before a race then I’ll listen to some angry rap, so probably something by DMX. But if I feel a bit nervous and need to try to relax, some house music by Kygo normally does the trick.

A It might not be a cake, but would an apple pie count? They are my guilty pleasure.

Q Any advice you’d like to give the club and it’s members?

A Make sure you do the basics right. A strong foundation gives you a great platform to progress from. Sometimes that means doing the boring stuff like stretching and core which might seem like a pain at the time, but will really help in the long run.

Q Are you still involved with rowing and what is your current focus?

A I am still rowing, sadly due to the virus all events have been cancelled for this summer, but I will be moving to the Leander club in September to continue rowing. I have got one more year of U23 still to go and will be aiming for selection at the U23 World Championships. After that, who knows!