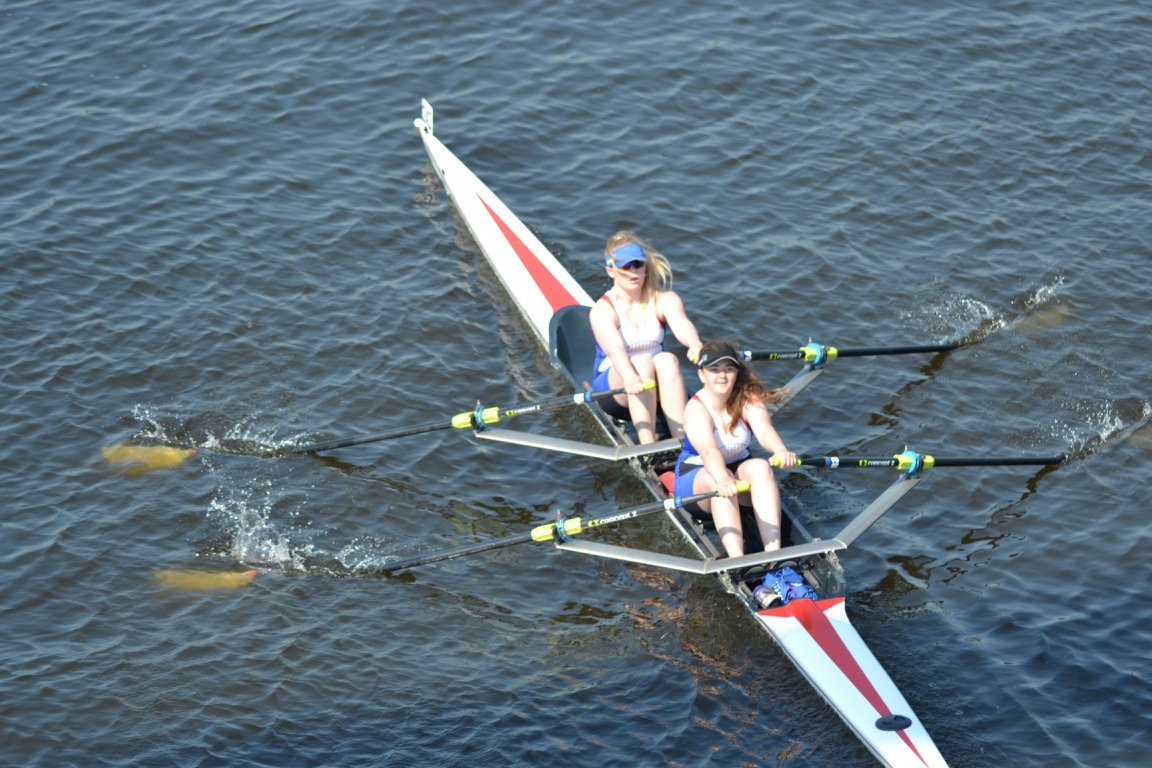 Well done to everyone who raced on Saturday at Tee’s Regatta. You all did yourselves and the Club very proud.

Throughout the day we had several wins and some very exciting racing.

Congratulations to the following who won their events:

In the heat, Eloise and Louise and Louise stormed out of the start keeping level with their competition then at half way their strength and ability out classed the rest as they pulled further and further ahead to the point where we had to tell them to conserve their energy for their final. The final was a tough race again, with the two girls flying out of the start and weaving their way up the straight course, they won by a considerable number of lengths.

Now this was a story, Eloise and Alex were up against CLS in their heat. The girls stormed up the course winning by almost 12 lengths. They won by such a margin that the umpires thought they were last in the race before. After managing to organise a proper final for the girls after they were wrongly classified, Eloise and Alex were successful in mastering the multi-lane course with a very convincing and considerable win over the DARC girls.

This was possibly the toughest race of the day with all four crews level at 300m. The two TURC crews held onto each other and put in very strong and fast performances posting times faster than the majority of the larger crew boats of the day. Well done to both crews: Matt and Jed, Ethan and Ben

This was Louise’s first race in a single and she definitely gave her all. She led the race out of the start over Thorpe of Hexham all the way up until just before the bridge where her earlier morning efforts hit. Louise put in a very strong performance which she should be very proud of with some strong pointers which we can improve on. Well Done Louise!

The week before saw Lucy and Hannah distance themselves above the DARC girls on their home water. Unfortunately, this week due to some boat allocation issues they were not in their usual boat, thus foreign territory. The girls held the off the Tee’s pair until the bridge. Overall, the girls finished a mere one length behind the Tee’s pair. Well Done considering the cards dealt to you!

Well done to everyone who raced, Saturday was a great day and has definitely continued on the success of last week!

An exceptional performance for a small club.

Well done all, you definitely made us proud to assist in your training.

The younger juniors will be at Wansbeck Regatta next weekend and the following weekend the full Club goes away to Hexham where we had an exceptional performance last year so hopefully this year will be as good, maybe even better!